These pictures show the Tarantula Nebula, located about 161,000 light-years away in大麦芽云– a galaxy that orbits the Milky Way. The nebula is the biggest and brightest one in all the nearby galaxies, and hosts some of the hottest and most massive stars astronomers have ever seen.

The massive young stars that form a sparkling blue cluster near the centre of the above image have cleared out the gas around them with their powerful radiation and intense stellar winds, revealing pillars of relatively dense gas inside which more young stars are forming. The above image was taken with JWST’s Near-Infrared Camera (NIRCam), showing the dusty filaments that make up the web ofthe Tarantula Nebula.

But viewed in longer wavelengths by JWST’s Mid-infrared Instrument (MIRI) in the picture below, the web takes on a different countenance. These wavelengths allow us to peer deeper into the cloud than ever before, and tiny points of light indicate protostars still in the process of formation. Hydrocarbons, shown in blue and purple, skim the edges of dust clouds like ghostly veils, while the densest areas of dust obstruct JWST’s view completely, as in the lower left corner.

The Tarantula Nebula is of particular interest to astronomers because of its frenzied rate of star formation – nowhere in our own galaxy are stars formed in such huge quantities. This makes it relatively similar to dusty galaxies from billions of years ago, when star formation in the universe was at its most intense in the universe’s所谓的宇宙中午. JWST will be able to observe those galaxies, so comparing those observations with the more detailed ones of this nebula may help us understand the universe’s most active time.

Sign up to our free发射台消息letter for a voyage across the galaxy and beyond, every Friday 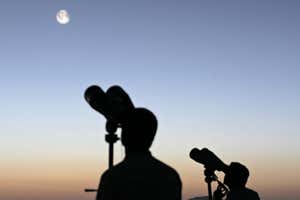 Watch a lunar occultation of Uranus 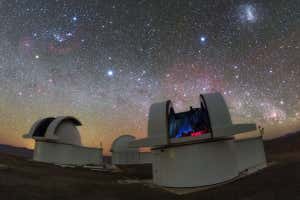 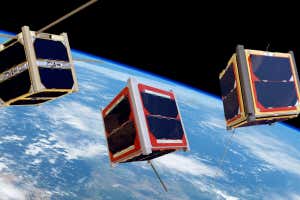 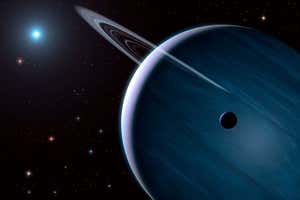 Weird, enormous planets may be stolen from stars in 'planetary heists'